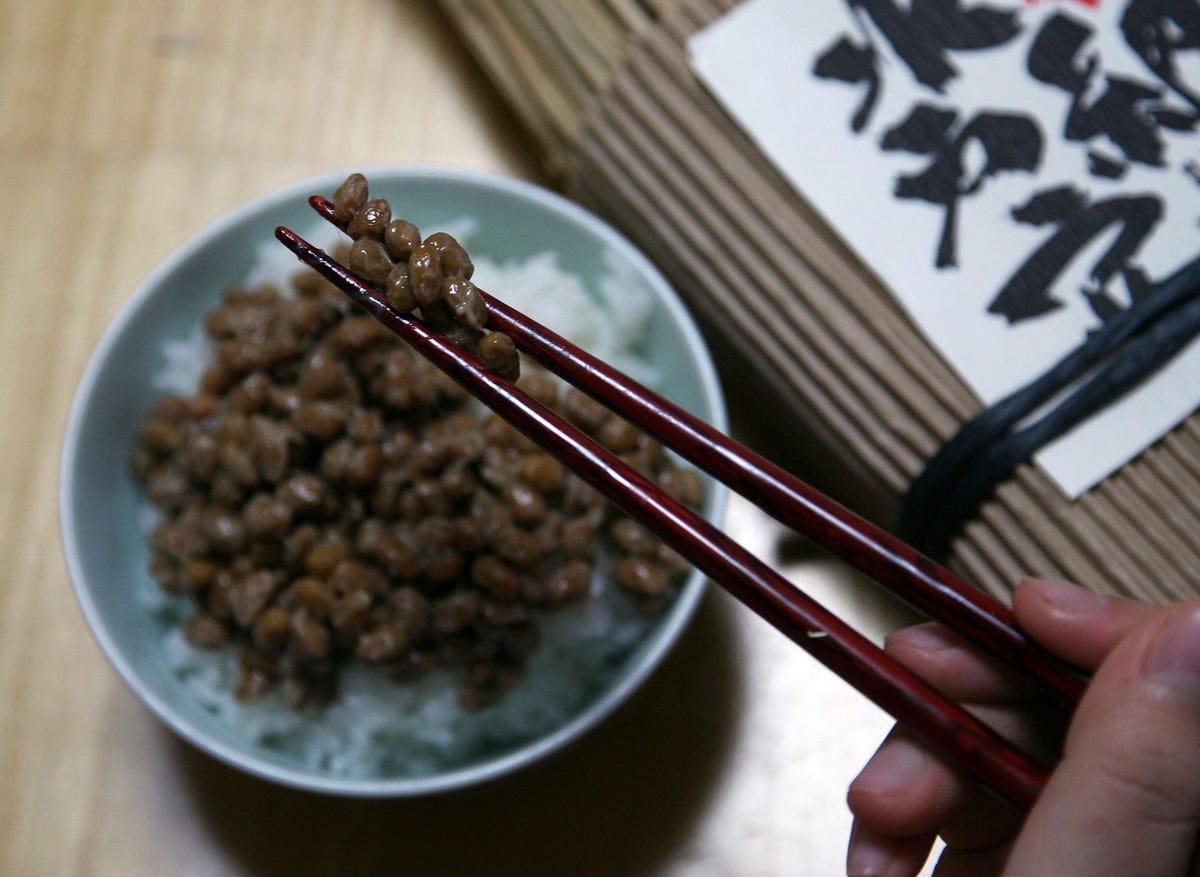 Bean there, done that.

A study Biochemical and Biophysical Research Communications is getting some attention because it showed that the extract from nattō beans, a traditional Japanese food item, could prevent Covid-19 coronavirus infections. However, before you start consuming nattō by the truckload, keep in mind that these findings may only apply if you happen to be a clump of cells in a culture dish or test tube.

That’s because the study was done on cells from cattle and humans in a laboratory and not on people or other animals. Remember what happens in a lab in cell culture may stay in a lab and cell culture. There are plenty of things that have worked in a lab but haven’t panned out when it comes to humans. So take the findings from this study with more than the 12 grams of salt that a cup of nattō beans may have.

Now on to the study. A team from the Center for Infectious Diseases of Epidemiology and Prevention Research (CEPiR), the Tokyo University of Agriculture and Technology, the University of Miyazaki, and the National Institute of Technology (Mami Oba, Wen Rongduo, Akatsuki Saito, Tamaki Okabayashi, Tomoko Yokota, Junko Yasuoka, Yoko Sato, Koji Nishifuji, Hitoshi Wake, Yutaka Nibu, and TetsuyaMizutani) conducted the study. The research team prepared extracts of nattō, which results when soybeans are fermented with bacteria called Bacillus subtilis. But instead of putting the nattō on rice or topping it with mustard and long onion, they applied the extract to the cattle and human cells.

When unheated extract was used, the severe acute respiratory syndrome coronavirus 2 (SARS-CoV-2) and the bovine herpesvirus 1 (BHV-1) struggled to infect the cells. However, when the nattō was first heated at 100 °C for 10 minutes, it no longer seemed to have any effect on either type of virus. The researchers hypothesized that the nattō extract included enzymes called proteases that were breaking down key proteins on the surface of the viruses that gave the viruses the ability to infect cells. And that heating the nattō extract then broke down and inactivated these proteases.

In the third part of the study, the researchers applied the nattō extract directly to the viruses and checked what happened to the proteins on the surfaces of the viruses. The extract appeared to break down a key portion of the spike protein that the SARS-CoV-2. This key portion, dubbed the receptor binding domain or the notorious RBD, is what the Covid-19 coronavirus uses to grab onto cells that it will invade. These enzymes also appeared to break down similar proteins on the surface of the BHV-1.

So again, this is good news if you are just a clump of cells in a culture dish or test tube. Of course, if that’s the case, then you’ve got other problems. For example, you may have a tough time answering texts, posting stuff on Instagram, or speaking when invited on to the stage in Clubhouse. However, if you are a human being or even a gigantic squirrel, these findings may not necessarily apply to you.

Again, there are many examples of things that seem to work on cells in a lab but don’t end up being effective in people. First of all, conditions can be very different between a lab and the body. Individual cells can be like individual high school students when separated from their cliques or individual people wearing Viking hats and skins when not part of a mob. Individual cells don’t always act the same way alone as when they are part of an organ or other body part.

Secondly, even if the nattō extract were to work on cells when they are in your body, it may be very difficult to deliver enough nattō extract to the right parts of your body. Inhaling gallons of nattō extract so that your lungs and respiratory tract are filled with the stuff may not be very practical or healthy. Sure drowning from nattō extract may prevent you from being infected with the Covid-19 coronavirus because you would be dead. But death has its other problems.

So, all in all, this study alone is nattō lotta of evidence that nattō can be used to prevent Covid-19 coronavirus infections in humans. It’s a start, though. Many more scientific studies are needed to confirm whether nattō indeed can prevent viruses from infecting cells and determine how this may work in real, complete, living animals and humans. Maybe in the future nattō can prove useful or form the basis of new medications. But the future is not the present without a time machine.

That doesn’t mean that you shouldn’t eat nattō. It has a decent amount of fiber, calcium, iron, magnesium, protein, potassium, manganese, and vitamins B2, B6, C, E, and K. Of course, not everyone likes nattō as they might avocado toast. Nattō can be as polarizing as the series finale of the TV series How I Met Your Mother. You may either love or hate nattō. The dish can be a bit of an acquired taste just like your longtime significant other, smelling to some like ammonia or pungent aged cheese and being sticky, gooey, and even mucous-y. Nattō can go well on rice, toast, soup, noodles, and even all over your significant other, if you are into that kind of thing.

Some people have even called nattō a super-food because of its nutrient content as this PBS Reactions segment shows:

So there are certainly worse things in the world than consuming more nattō. Just don’t expect it to replace Covid-19 vaccines or any other established Covid-19 precautions any time soon. That’s nattō going to happen.