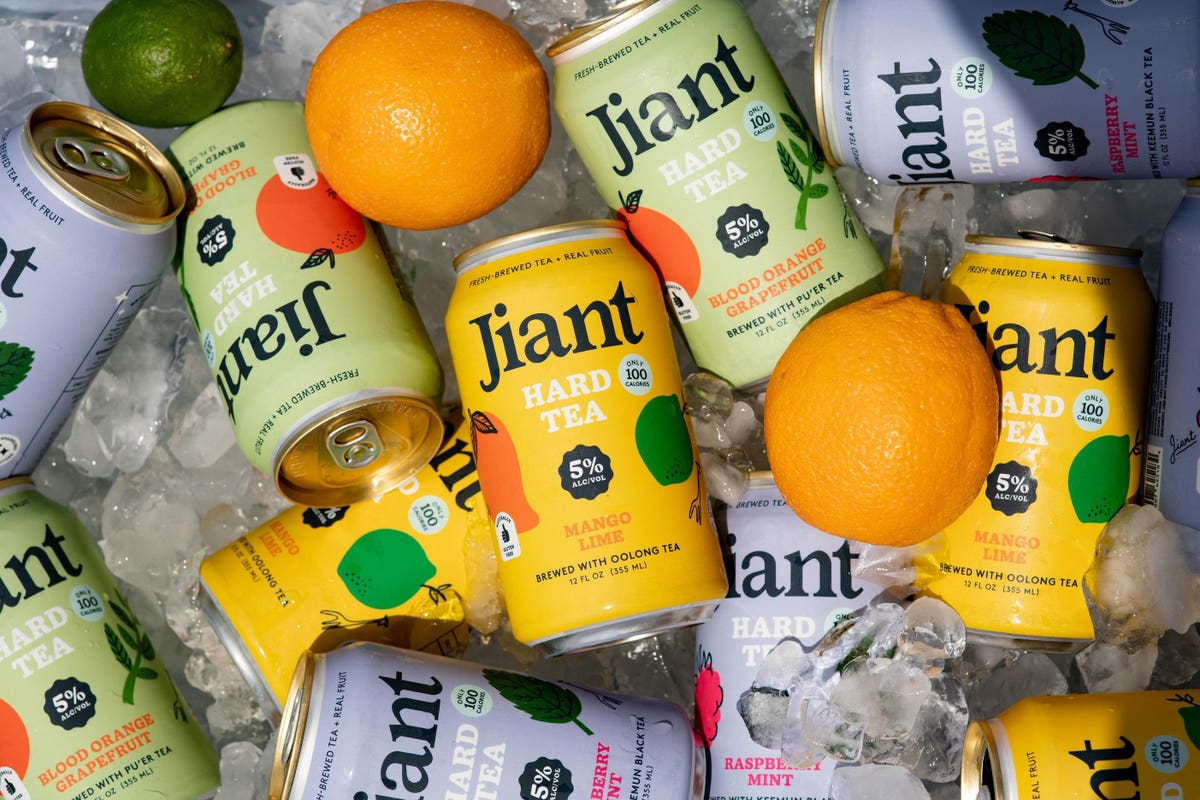 This needs little reiterating but over the last few years, hard seltzer has dominated drinking culture. Brands like White Claw and Truly have commandeered the zeitgeist, finding its way into the hands of college students, moms, the health-conscious, and seemingly every other category of drinker in-between.

Now, the category is on rocky ground. Sales of hard seltzers are waning, with just a 4% gain during the 4-week period ended July 11, compared with the 49% growth over the twelve-month period the year prior.

There are a few factors to blame. Boston Brewery CEO David Burwick pointed to “trade-off from grocery and liquor store purchases and consuming at home to bars” as the culprit behind the Truly maker’s disappointing quarter.

Business of Business also reported the number of hard seltzer brands increased from 10 brands at the start of 2018 to more than 100 brands, today—the category is cluttered. Are drinkers seltzered out?

As the hard seltzer sector remains in flux, a new subcategory of beverages is vying for drinker’s attention: hard kombucha.

Over the last few months, a wave of hard kombucha brands has closed impressive funding rounds. JuneShine recently wrapped a star-studded seed round for an undisclosed amount, while Jiant just closed a $2.3 million seed round.

“The hard kombucha category has gone from nothing to something in the past couple of years, led by a handful of strong brands,” explains Jiant co-founder Larry Haertel Jr. The round was led by Natureza Growth Partners with participation from G5 Capital.

“Consumers are increasingly looking ‘beyond beer’ for alternatives that are gluten-free, low calorie and don’t have a ton of sugar,” says Hartel Jr. “Hard seltzer carried the banner for these consumers but the recent softening of that category is representative of what we’ve known all along—hard seltzer is the new light beer. As in, people drink it but they don’t like it. It gets the job done.”

While the category is still in a nascent stage, funding rounds like these will help the category continue its trajectory. “While hard kombucha is one of the fastest, if not the fastest, growing categories in alcohol across all major channels, it’s still underdeveloped with regard to distribution,” continues Haertel Jr. The just-announced seed round funding will push distribution for the brand’s hard kombuchas and hard teas, getting the product to drinkers across the country. “We’re only beginning to scratch the surface of the massive opportunity in front of it as more wholesalers, retailers, and consumers discover hard kombucha.”

Jiant currently distributes nationwide with Whole Foods, Trader Joe’s, Kroger, and Sprouts. The funding will help them expand their distribution and their footprint in key retailers, drive product innovation and amplify marketing.

While still young, the hard kombucha category is surprisingly diverse. This September, Tennessee brewer Walker Brothers are releasing a barrel-aged high gravity kombucha. Boochcraft is offering a range of limited-edition flavors made with problem-solving sustainability mentalities, like the watermelon Chili—made from watermelons too large to carry that would otherwise go to waste. Sierra Nevada made a veer from beer to offer three new flavors of hard kombucha while San Diego-based Kové now offers a spiked Yerba Mate.

Jiant also produces hard teas, another member of the new guard of canned RTD subcategories categories. For years, Twisted Tea hard iced tea defined the category, but a wave of new category darlings like Owl’s Brew, Jiant, and Loverboy, are adding some excitement to the category. Last year, in the U.S., the volume of hard tea products grew 25.9 percent, as reported by the IWSR Drinks Market Analysis.

“Hard tea is not new but how Jiant is doing hard tea has never been done before. Up until this point, the category has been largely defined by legacy malt-based brands such as Twisted Tea and more recently tea-flavored hard seltzers.” White Claw, Truly, Pabst Blue Ribbon, and Bud Light Seltzer have recently released hard tea options to compete in the category. The IWSR predicts that the category will further grow by 46.4 percent in volume between 2021 and 2025.

“We saw an opportunity to provide a more premium option in this segment for consumers who are looking to trade up from hard seltzer but still want to enjoy a beverage that is super light and refreshing,” says Jiant’s Larry Haertel Jr.

The brand’s recipe calls for freshly-brewed tea combined with fruit juice. The result is a quaffable tea-based sparkling beverage with only 100 calories and less than 2 grams of sugar.

As hard seltzer’s future remains this uncertain, hard kombucha, followed by hard tea, may be there to welcome hard seltzer fans who’s interest in the category has fallen flat.