These are the bomb, guys.

More like the mini bomb, but you get the idea.

If you think you couldn’t have fallen harder for these, go ahead and scroll down to see the nutritional info. 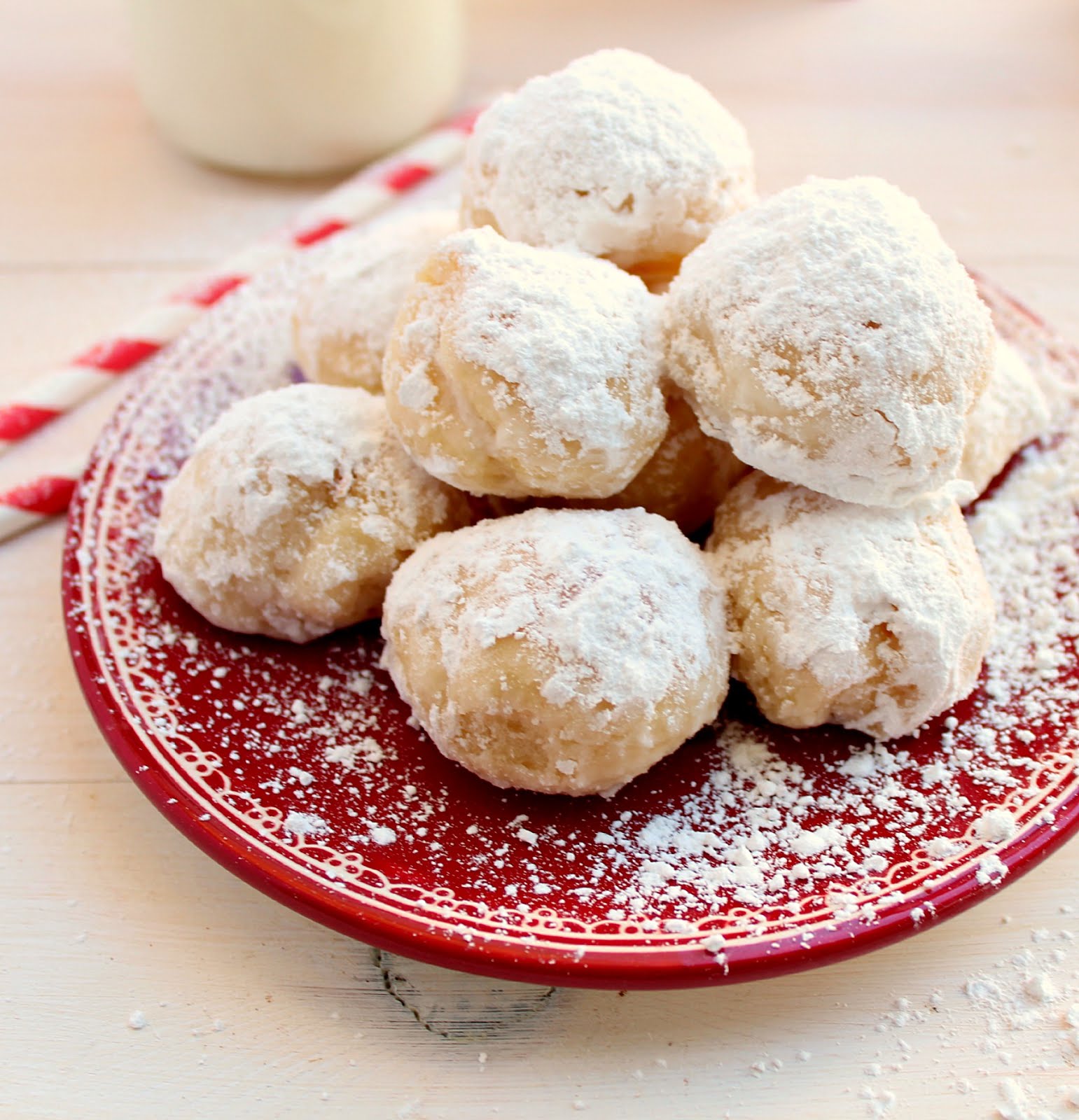 I do, but hey, what’s new? You know that I’m bound to be obsessed with anything covered in powdered sugar… and these little guys are no exception. I kinda ruined the skinny factor since I ate like three dozens of these, but who cares anyway. These are so good that you wouldn’t even feel guilty if you ate the whole batch (and it makes from 170-200!)… but mostly because you’d have fallen into a sugar powdered coma by then.

The best kind of coma, anyway. 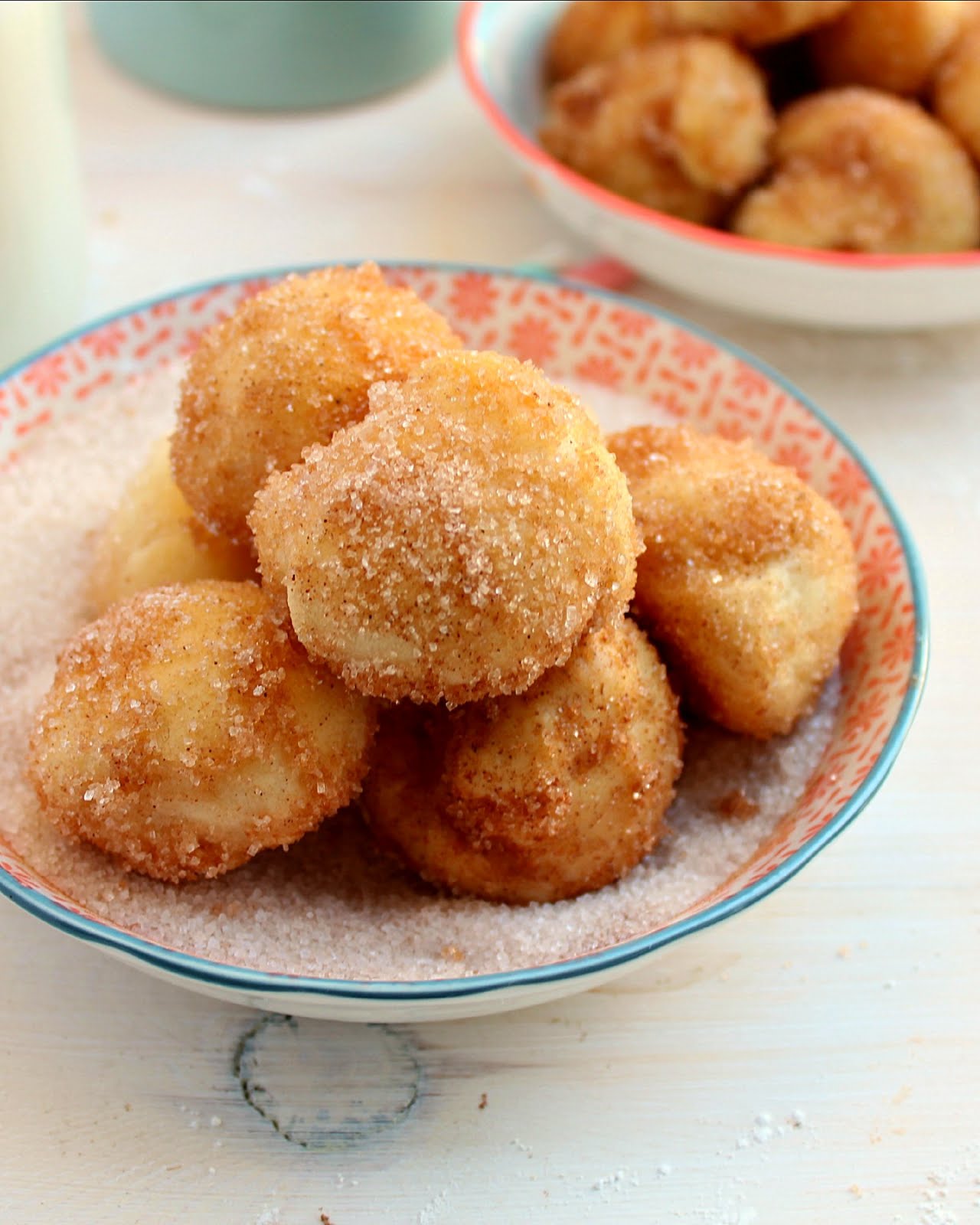 Good news that these, despite being baked not fried, aren’t cakey at all. You guys I like cake, and by “like” I mean “cake is my life”, but I’m not one to stand cakey stuff that isn’t actually cake. Holla cookies and donuts I’m talking to you!

Don’t worry my friends. These taste like something you’d get in a fancy bakery, but healthier and cheaper. Just imagine buying 200 donut holes from one of those sophisticated pattissieres… you’d be so broke afterwards. How would you even pay for the psycological help you’d need after eating them all?

See my point? Baking them at home is the answer. Better for your waistlines, your bank account AND your mental health. 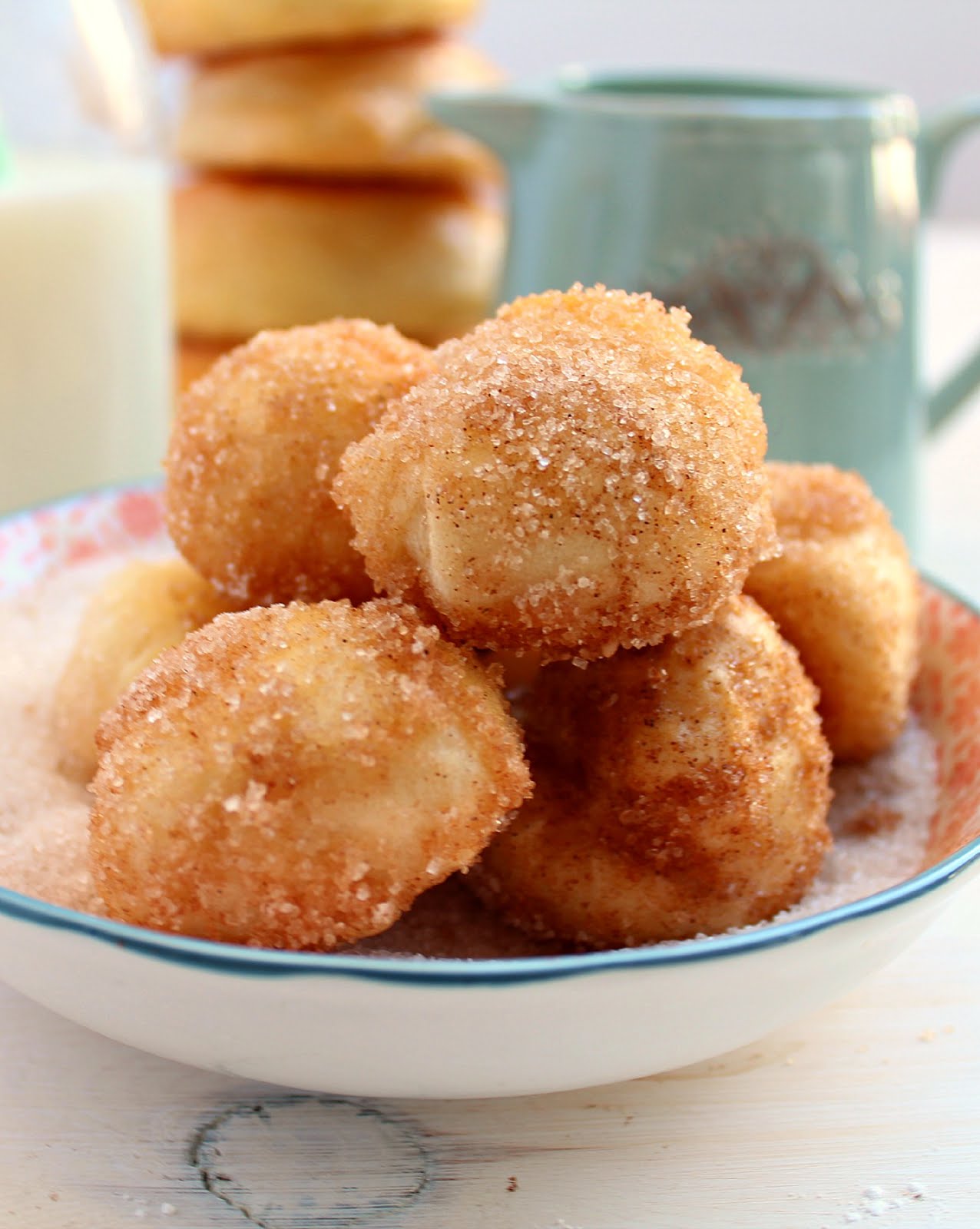 There’s a couple of things you want to know if you’re going to make these, but nothing too complicated, trust me.

First of all, the extra yeast is what makes them super fluffy. So much that a decent sized ball weights just 9 grams and therefore has 22kcals. The ball is big, but it’s super light, hence the skinny. That being said, do not try to use less than the stated amout of yeast because you think it’s “””too much”””. Nope, no such thing as too much here. You want fluffy, puffy balls, not dense rocks, so go and buy extra yeast!

This recipe makes as much as 200 donut holes, so:

a) You’d better have tons of friends to share this with. And a kind soul too. You’ll need it to give these away.

b) You might want to make some donuts with these dough too. I did so because I didn’t really feel like rolling those many balls into powdered sugar. Which I did was cut the risen dough into 4 equal parts (which I weighed) and then saw that I’d get about 50 balls from each part. Do the math and you’ll get 200 holes for the whole batch. Awesome as it sounds, I think it’s better if you get some donuts.

You can bake those too and they are still fluffy and bakery-like. Or you can fry them, of course. I did that too for the sake of recipe testing (oh well, more like because my brother told me so) and yeah, the fried version is awesome as well… But I honestly think that the baked one is just as good, so I’d totally go for that one next time.

c) You can halve the recipe, yes. But c’mon… do you really not want to eat as much of these as possible? I don’t know, man. It might be just me, but I don’t trust people who can say no to donuts… nothing personal. 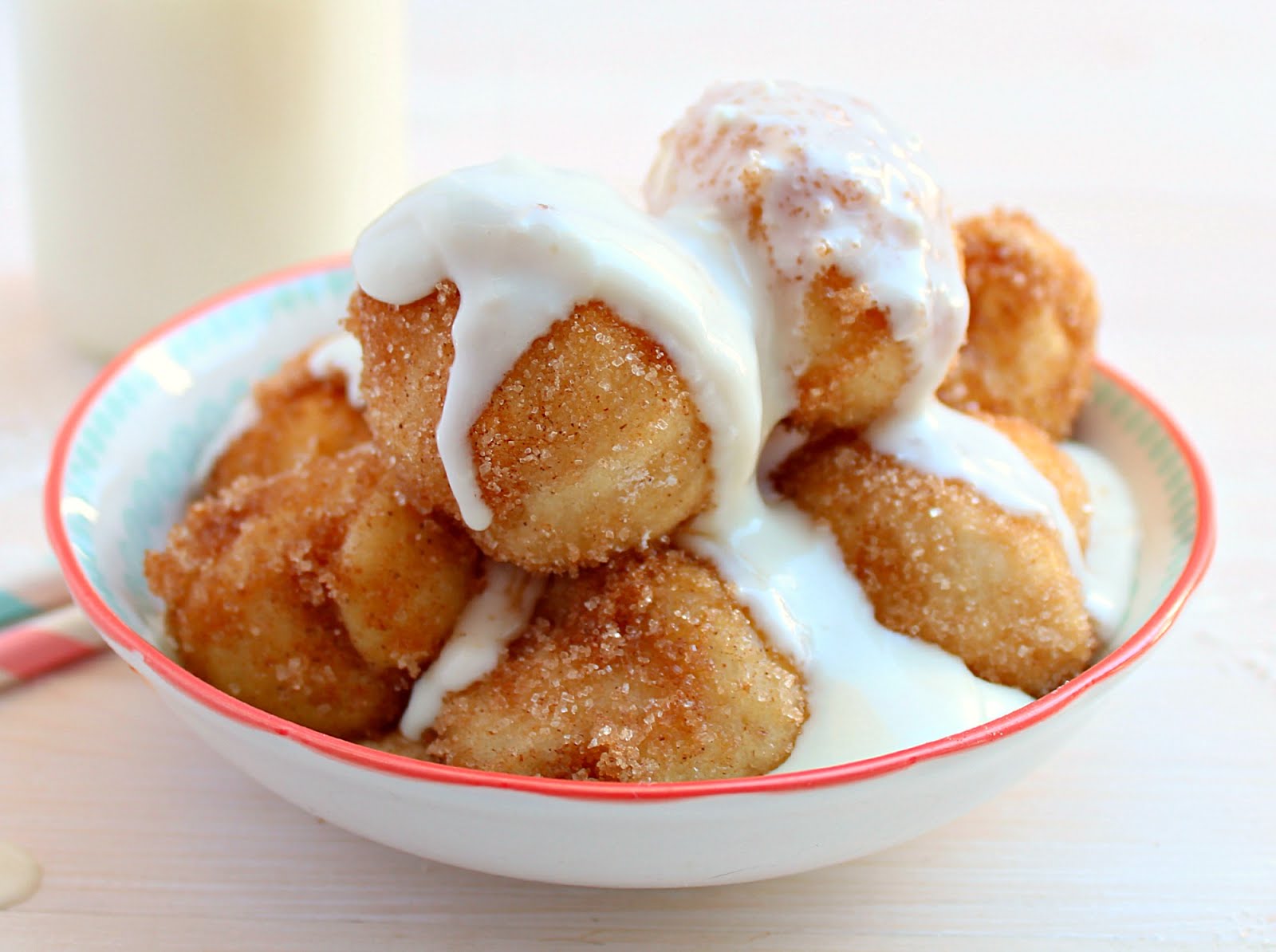 Most important part here: MAKE TINY HOLES and I mean tiny here, ok? If you make the balls as big as the one in my pictures, you’ll end up with burger buns once they’re baked. Not that it has happened to me or something.

These guys are real risers. They grow so darn much in the oven that you really want to make super small holes before the second rise, ok? Burgers are good, but not as amazing as these donut holes, so make TINY balls of dough ok? Don’t say I didn’t warn you!

I’ll stop now. Because you shouldn’t be wasting your precious time reading this post, but making the donuts and then popping them into your mouth like it’s your job. 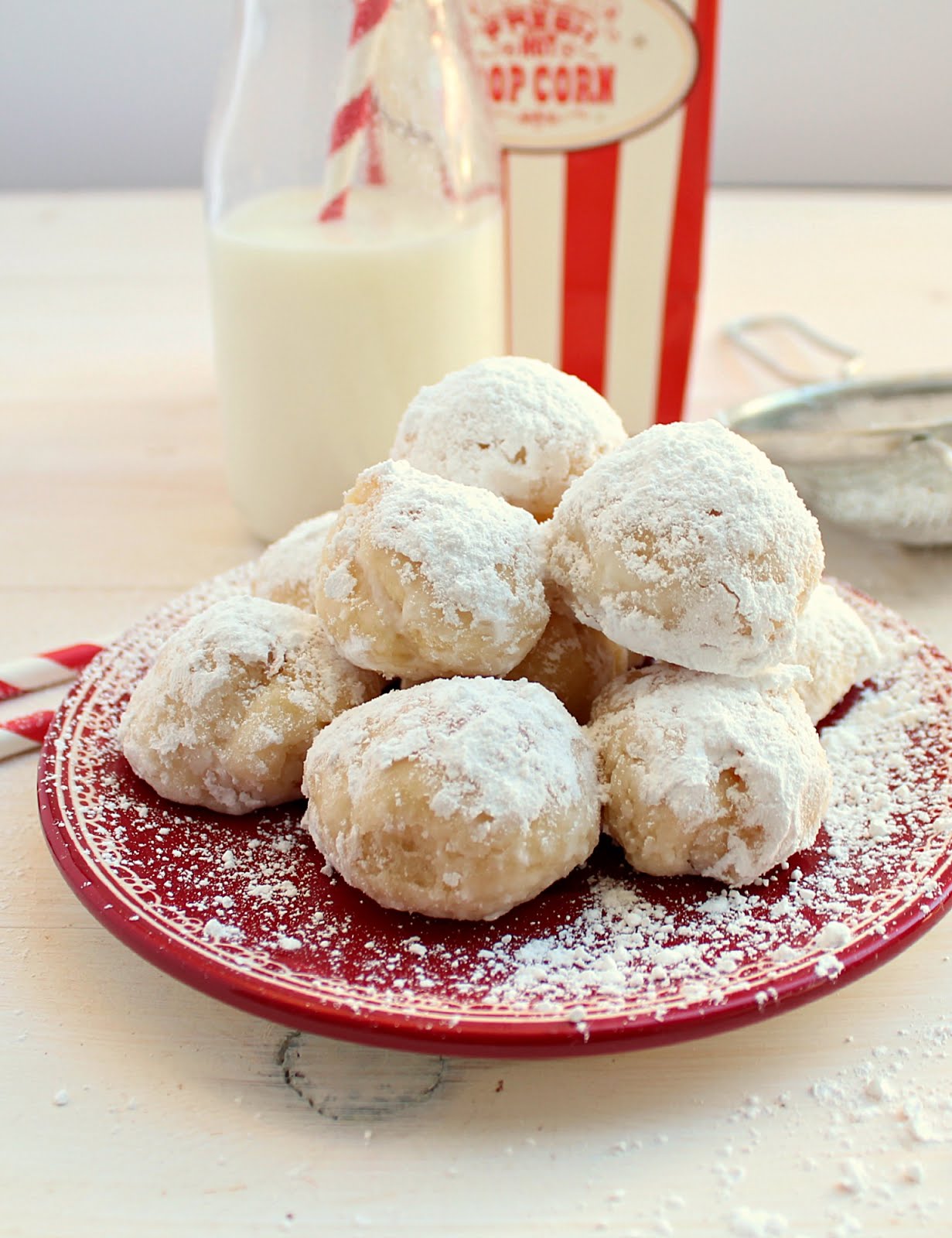 Yields 170
Fluffy and puffy donut holes. Baked instead of fried so you get to eat more!
Write a review
Save Recipe
Print
Dough
To cover
Sticky vanilla glaze
Instructions
Notes
I've written more about the topic above (you want to read it if you're making the donuts!) but to sum up
By Honey & Figs
earthly taste https://earthlytaste.com/

I hope you guys have a lovely week! Mine will be on the hectic side, so excuse me if I’m not commenting on blogs as much as I usually do!