I think that if you guys read often, you all know that mmmm… how do I put it… that I tend to be obsessive about stuff.

I either love it or hate it.

No middle point for me. 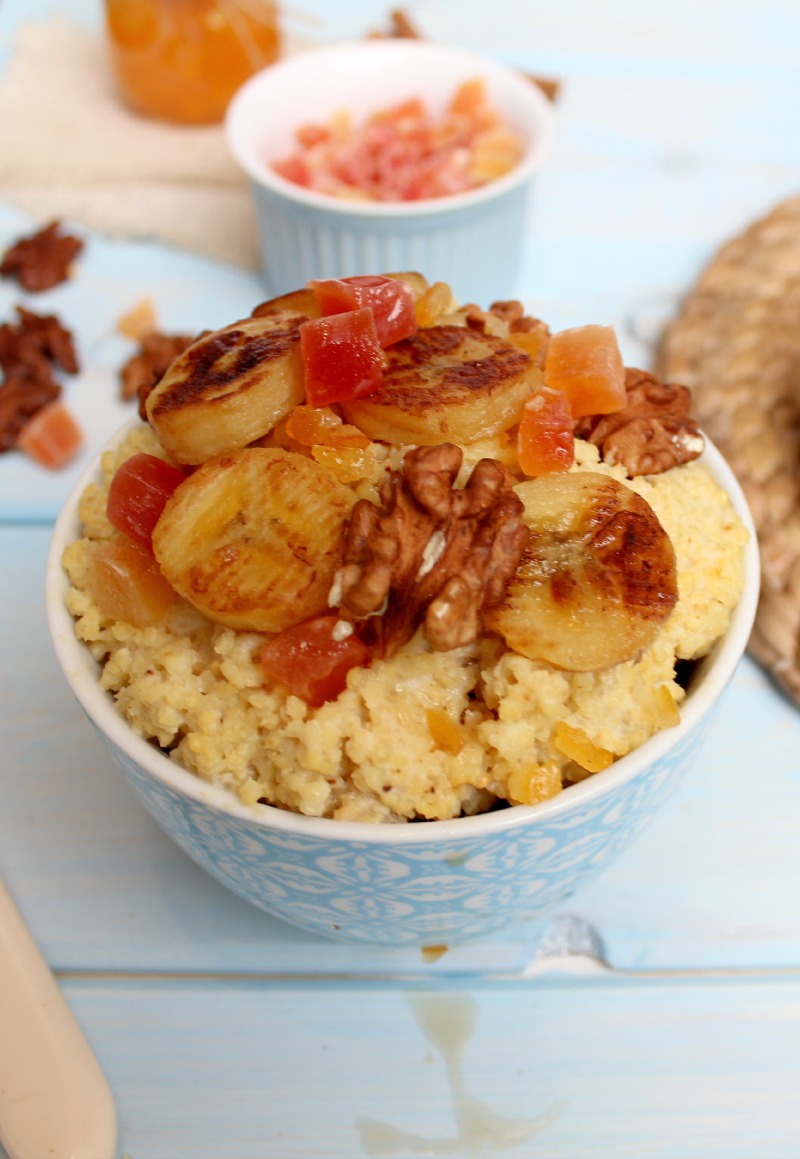 So, thing is, there are times when I become attached to a certain kind of breakfast food. It’s crazy guys, because I can go for months eating literally the same old thing for breakfast every single day. And I don’t get tired of it. Or bored, mind you.

Oh well, until I do, of course.

I go trough breakfast phases. There was a time when I’d only eat oat porridge (which, now I despise ugh… though I still love oats, but not in porridge form!), specially apple pie porridge. Gosh, I think I even became emotionally attached to it. 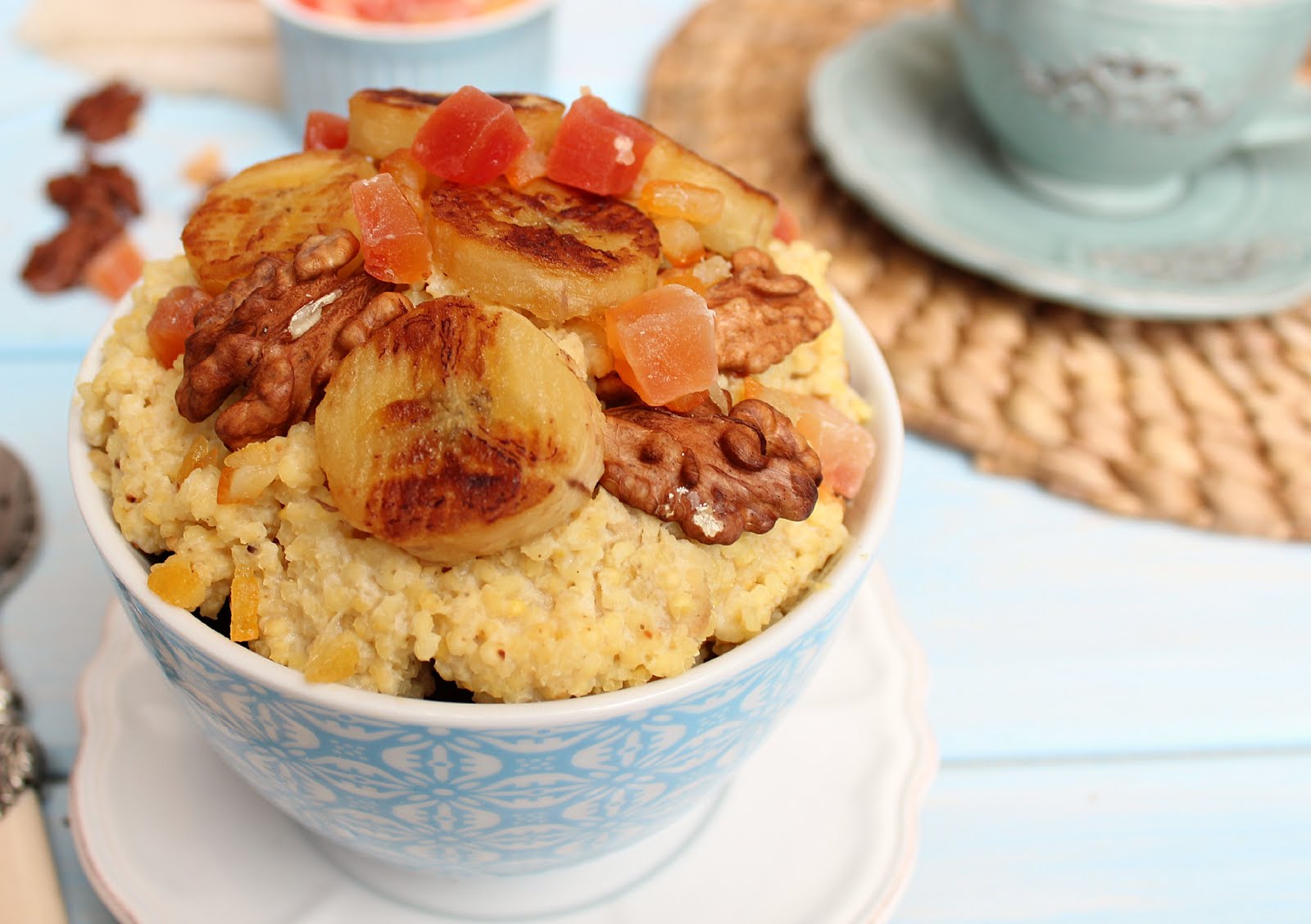 Then I had an olive oil toast phase, which was more like the olive toast year, to be honest. Toasts for breakfast, lunch and dinner… No regrets, I liked that phase.

Not so long after I abandoned my toast phase, I tried the “pancake day”. The name says it all… it lasted only a day, and I’m not even sure why. I mean, I do really like pancakes mmhmm.

After that, I went back to the toast phase. And, if you’re wondering which phase I’m on now (I don’t know why would you… I’m pretty sure y’all skipped this part because, oh well, who wants to hear about my breakfast?), it’s the Weetabix porridge phase. Warm, healthy, creamy breakfast in under 5 minutes. Perfection in what-people-says-it-looks-and-tastes-like-babyfood form. Yeah, I really really like them. Have you ever tried them? I hope so! They’re so good! 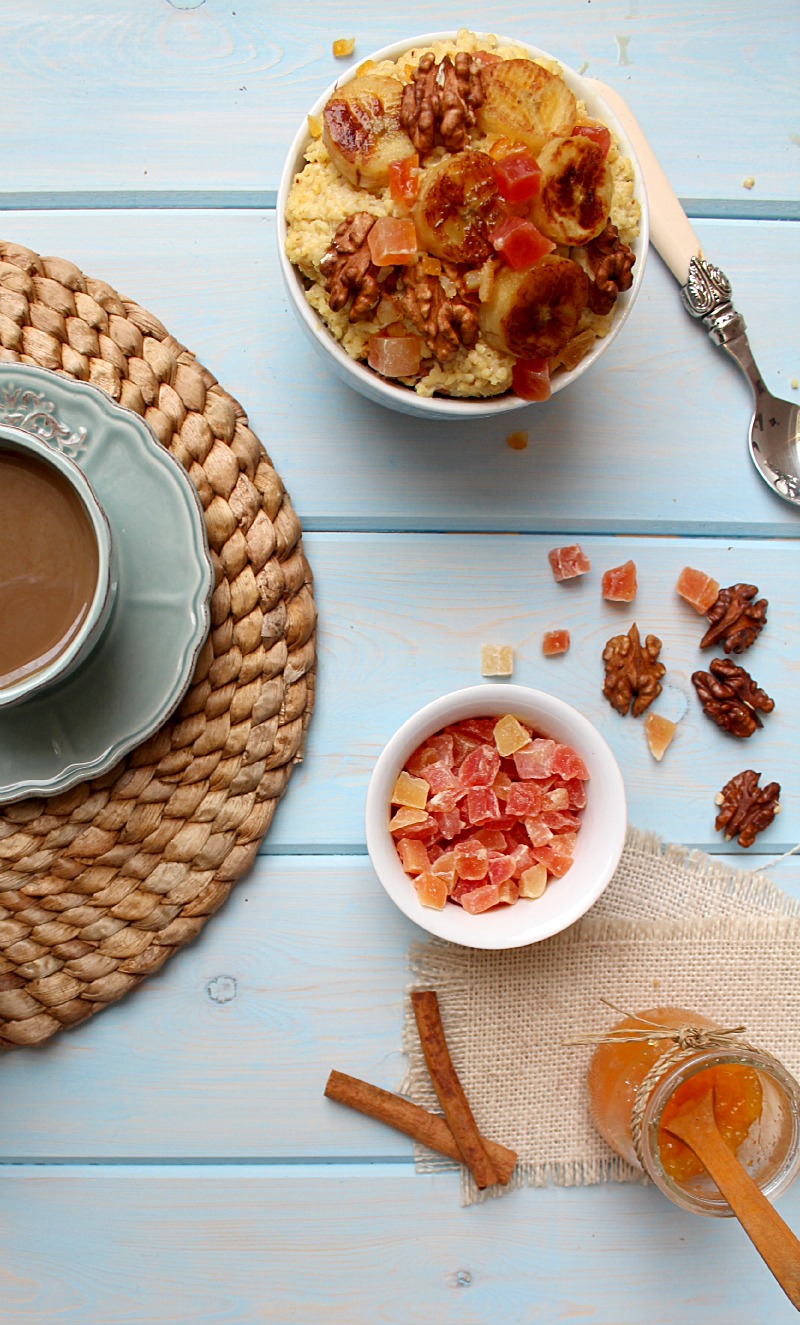 Though I decided to spice up my breakfast routine (aka sickly obsession) and try millet for the first time.

It has become my favorite hot cereal ever. It is like a cross between quinoa and polenta, which I adore, and it packs a ton of nutrients and vitamins that will keep you full & happy for hours. It’s official: I’ve developed a dangerous obsession with it.

Prepare yourselves, there will be lots of recipes more coming. 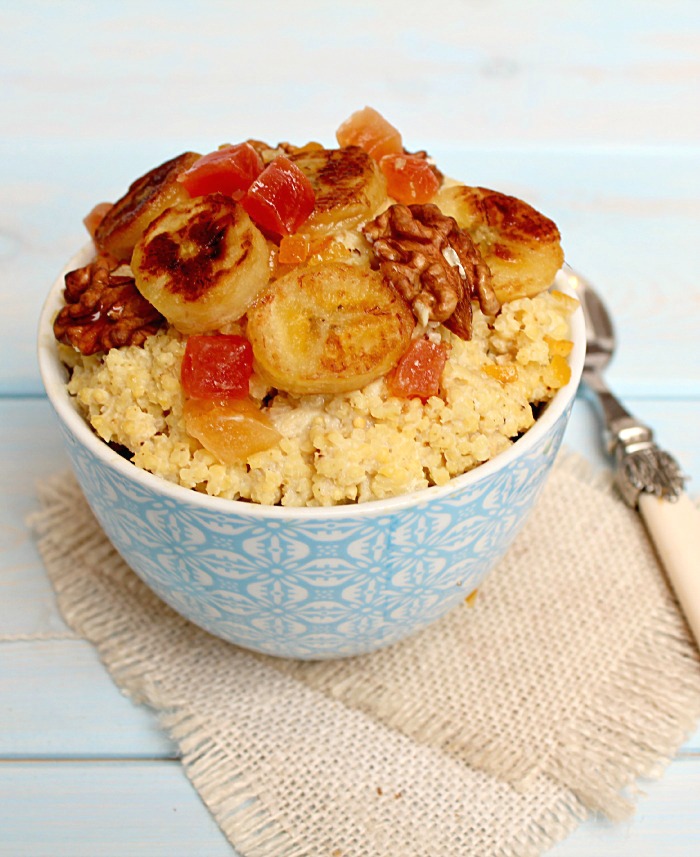 And the fried banana topping?? Seriously, it’s so addictive. I had to fry two bananas instead of the one that the recipe calls for. I think you can all imagine what happened to the first banana before I tried to use it to top my porridge.

And the flavor of this?? What. A. Combo. This porridge came out so fragant that it made my kitchen smell like heaven (scented kitchens are on my obsession list as well!). Orange, lemon, maple syrup, vanilla and cinnamon combined are pretty much the best flavor ever… I can’t wait for tomorrow’s breakfast so I can have this again! 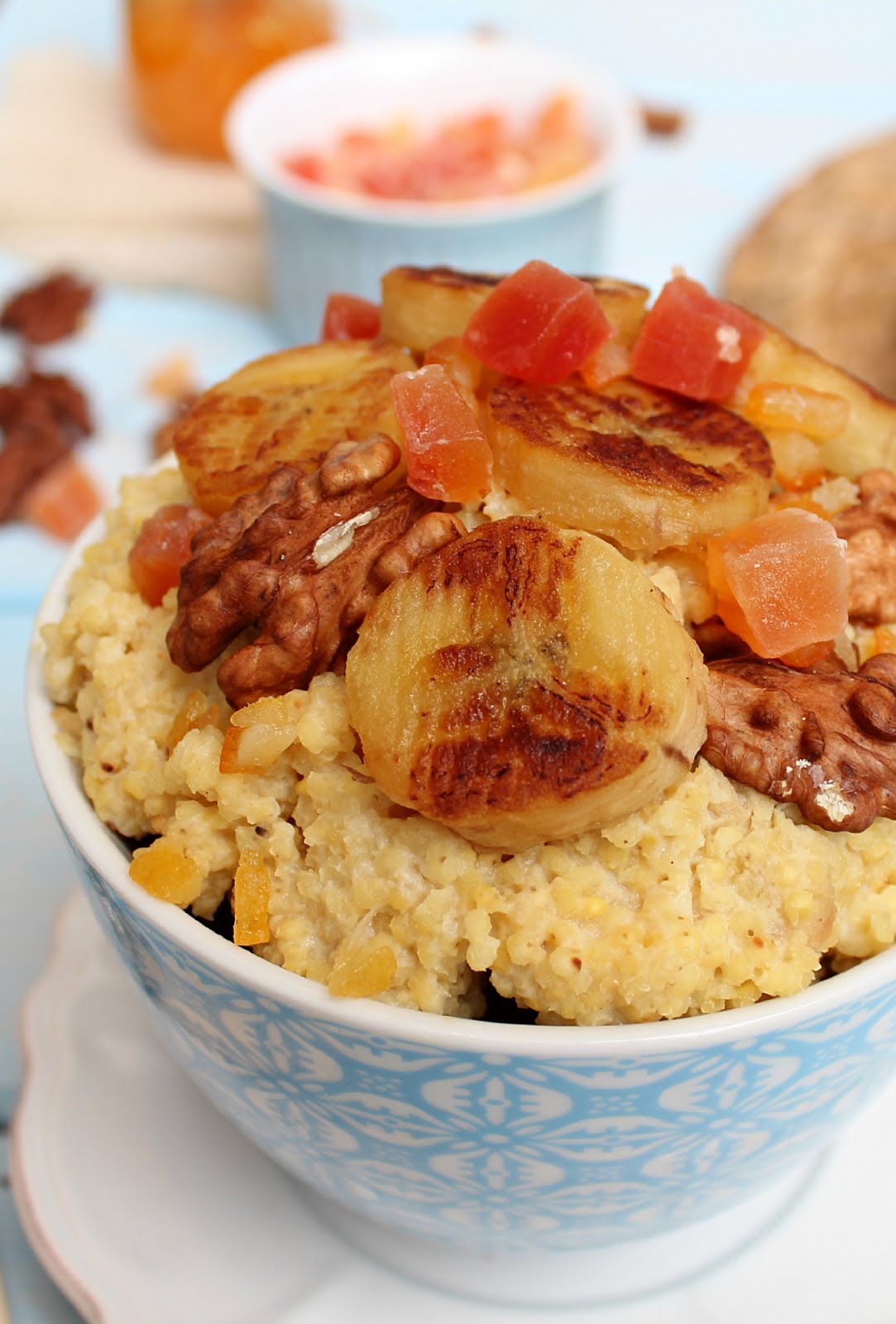 Serves 5
Warm, creamy, comforting and fragant: this porridge is the perfect way to spice up your breakfast routine!
Write a review
Save Recipe
Print
Ingredients
For the topping
Instructions
Notes
earthly taste https://earthlytaste.com/ 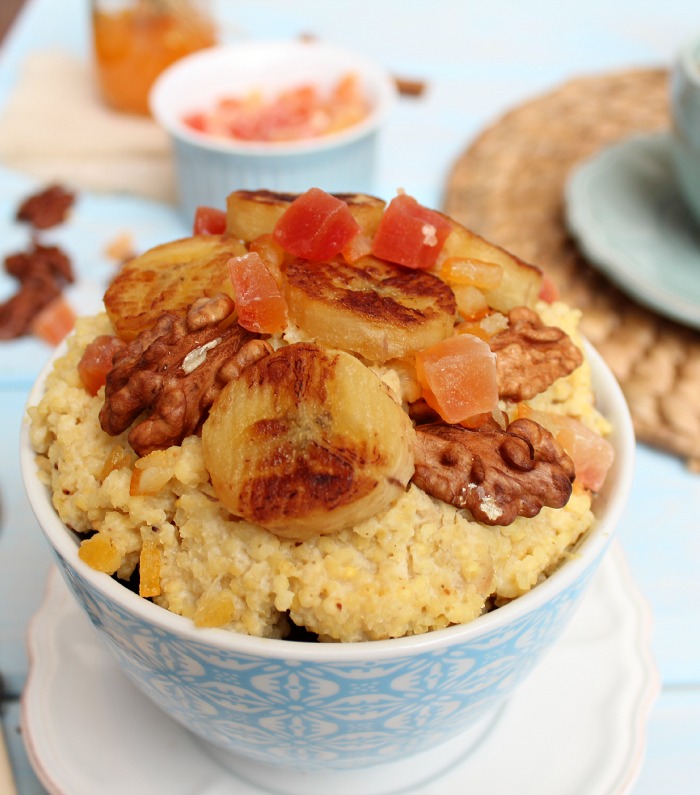 Do you guys go trough breakfast phases? Which is your favorite breakfast? Have you ever tried millet?