Am I the only one secretly wishing that their parents put up the Christmas tree and all the decorations? Mum says she won’t, because it’s only November, but I want my tree now. N-O-W. It’s already Christmas for me. I’ve started cookie baking, I have Christmas dinner (and New Year’s!) planned and I’m already singing carrols in my head (and dancing to them, I look kinda weird, actually). That being said, now’s the time to put up the decorations. Obviously.

I’m not baking any more cookies for my family until they give up and finally put up the tree in November. Take that, guys, storebought cookies are all you’ll be getting from now on HA. 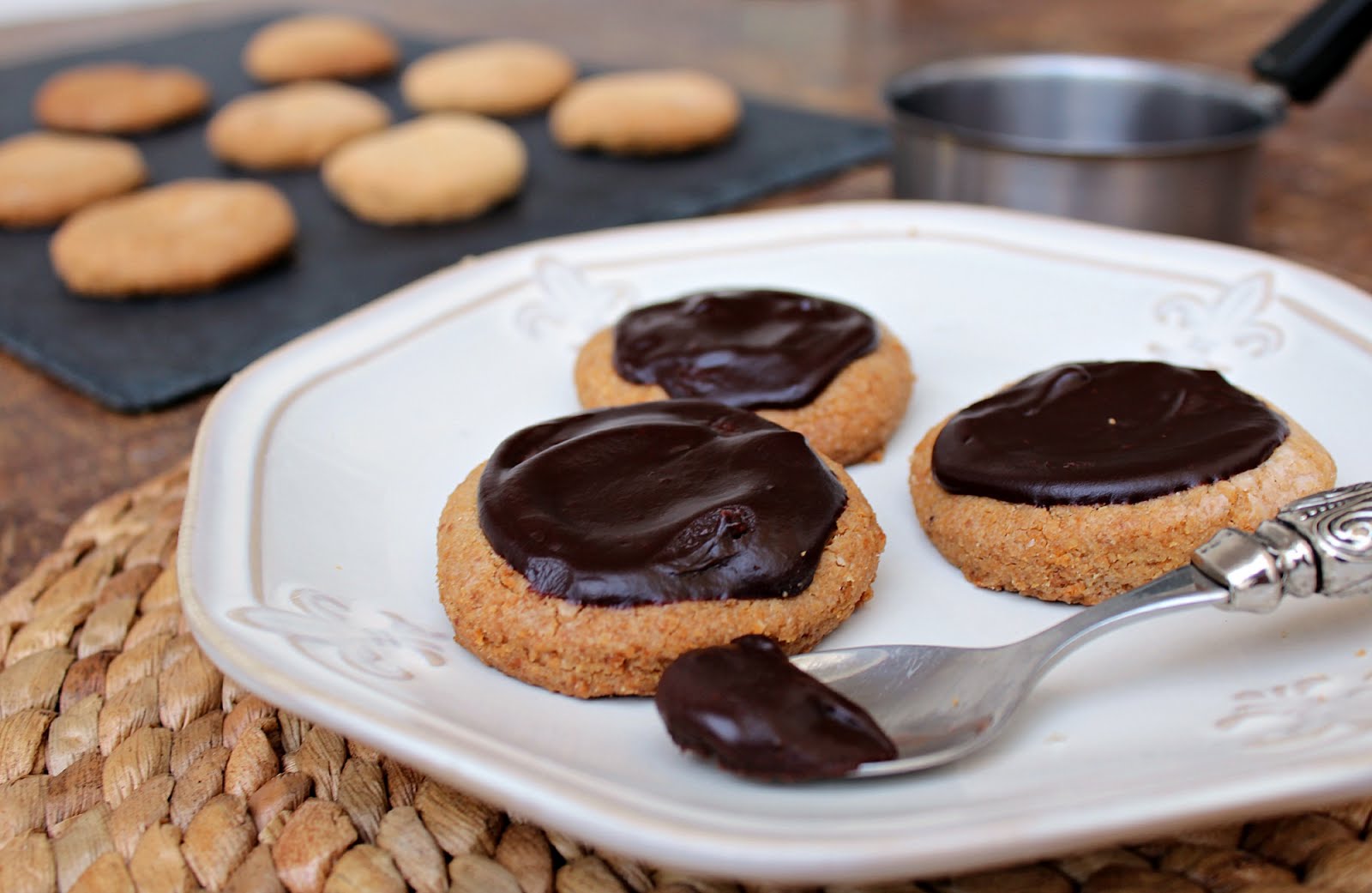 I don’t see myself as a cruel person, actually (oh well, except for those times when I’m hungry and stuff. But you know how everyone’s cruel because of hunger, yeah), though lack of Christmas spirit around here will make me an evil girl. The kind who forces her family to eat tasteless storebought cookies due to lack of Christmas tree… Those are the worst.

They’re going to miss these almond cookies, because they’re pretty much the best ones they’ve ever had. I know they might look simple and quite dull, but trust me, these pack a ton of flavor. And texture, oh gosh, you’ve never seen anything like these.

Unless you’re Spanish, that’s it, as these are the most popular Spanish Christmas Cookies. This time of the year (because unlike my family, the dudes at the supermarket have already put up their decorations AND Christmas candy, cookies and stuff!), the shelves of most stores are full of them. They’re so so good. 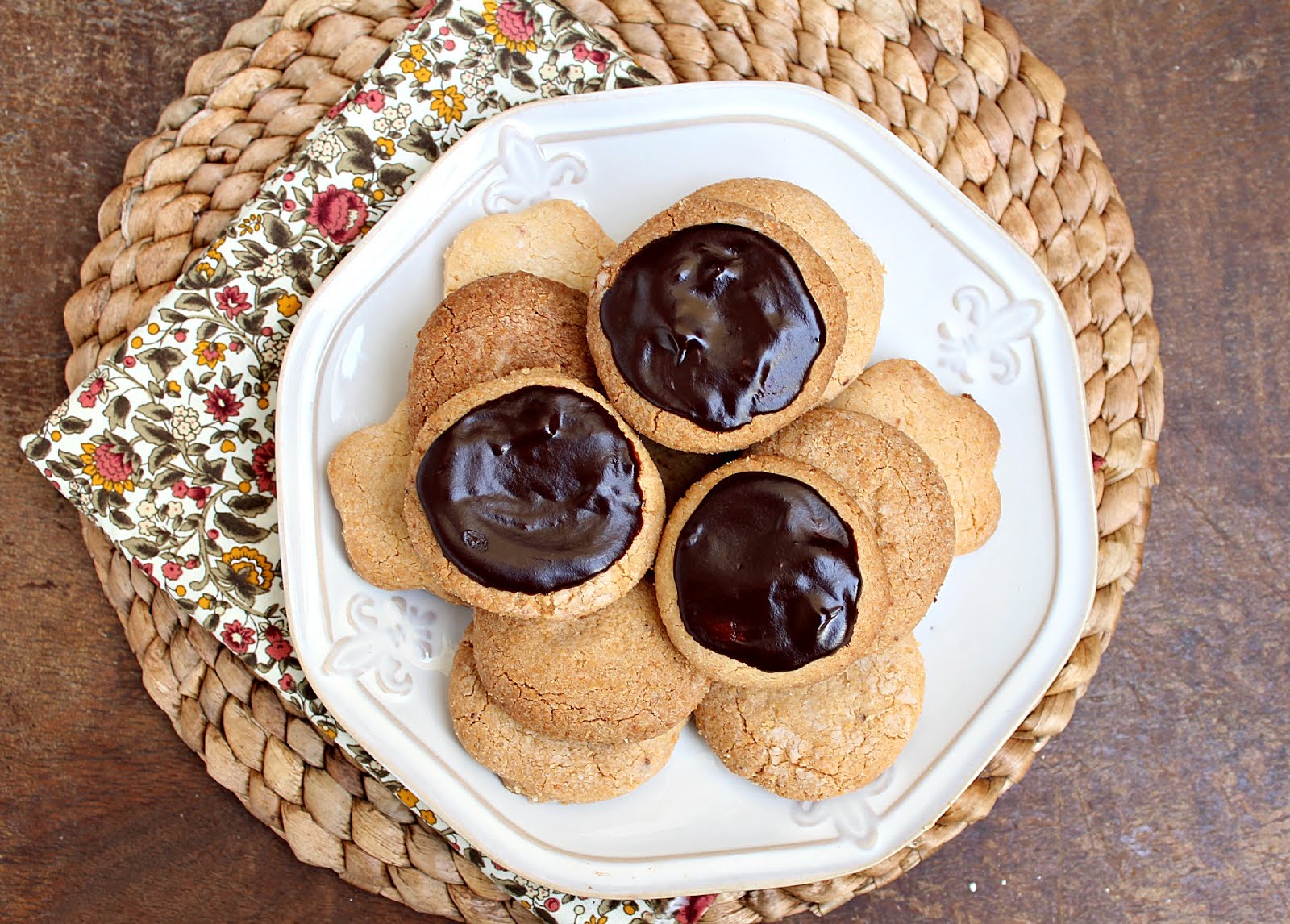 These cookies are different from everything you’ve tried before: lightly lemon and cinnamon scented, with a lovely almond touch. Some of the best ones you’ll ever put in your mouth!

Now, listen to me: these need to be part if your Christmas cookie tray, no joke here. Your family and friends will be amazed at their flavor, because they likely haven’t tasted anything like it before.

These might be Spain’s best known cookies, but if you live abroad, they turn into really special, original cookies. Heck, you can even brag about them, as you’ll be serving your guests typical Spanish food, and that’s quite cool.

Moreover, if you’re actually Spanish, you can make them and amaze people as well, because these taste just like storebought, so no one will believe you’ve made them yourself, although x10000 times better. 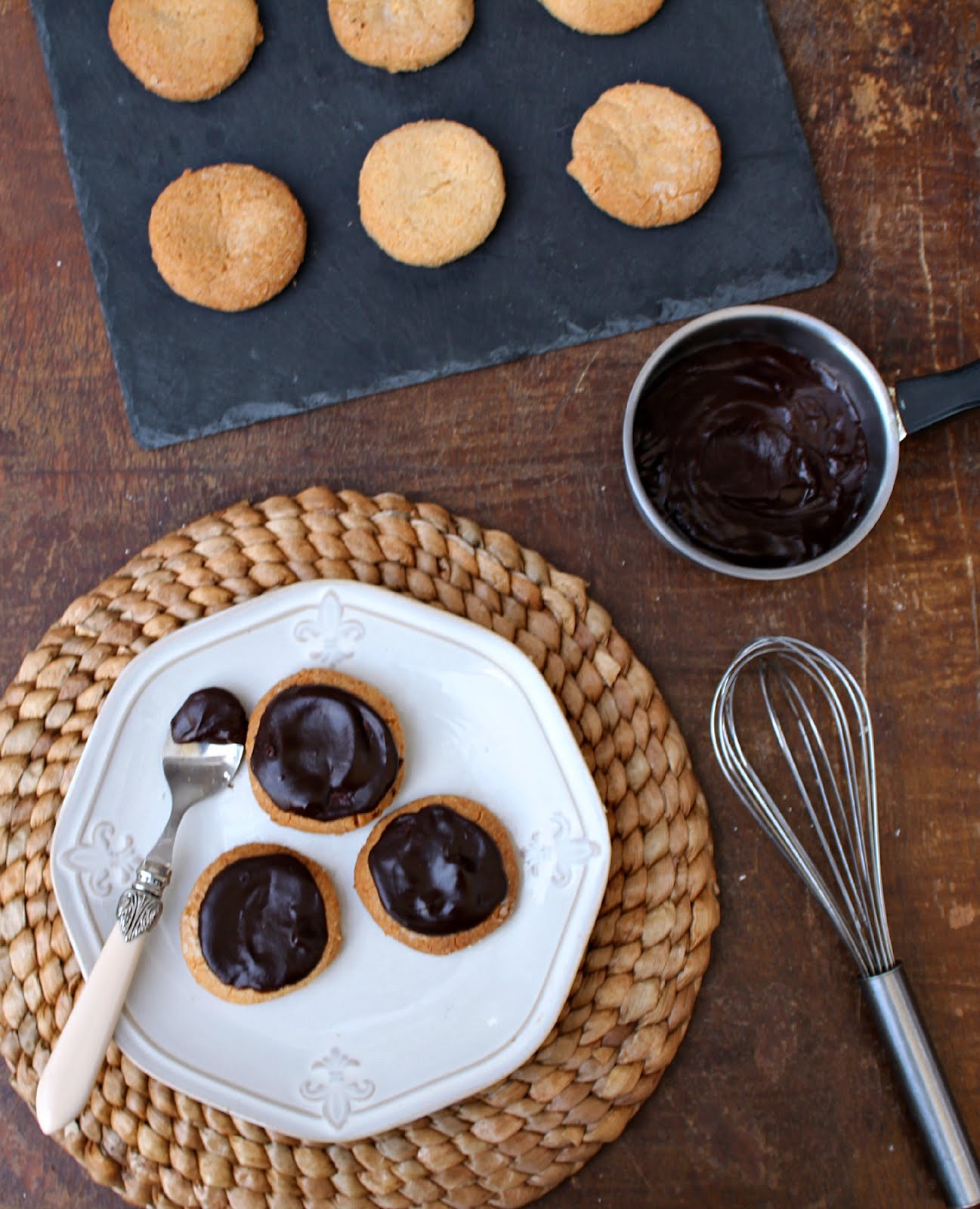 The cookies are vegan if you leave out the ganache (or sub vegan ingredients, I listed some ideas on the bottom of the post!), which is not needed at all. I actually do like them better without it, as the lack of it enhances the almond-cinnamon flavor, but that might just be me, all my tasters say they liked the chocolate. Anyway, I only frosted them because mum said they would look prettier, and you know I’m a sucker for pretty food so I had to make the ganache, it wasn’t optional for me! And of course they look cuter that way, I gotta admit that mum sometimes has cool ideas, unlike the one of not putting up our Christmas tree, you know. 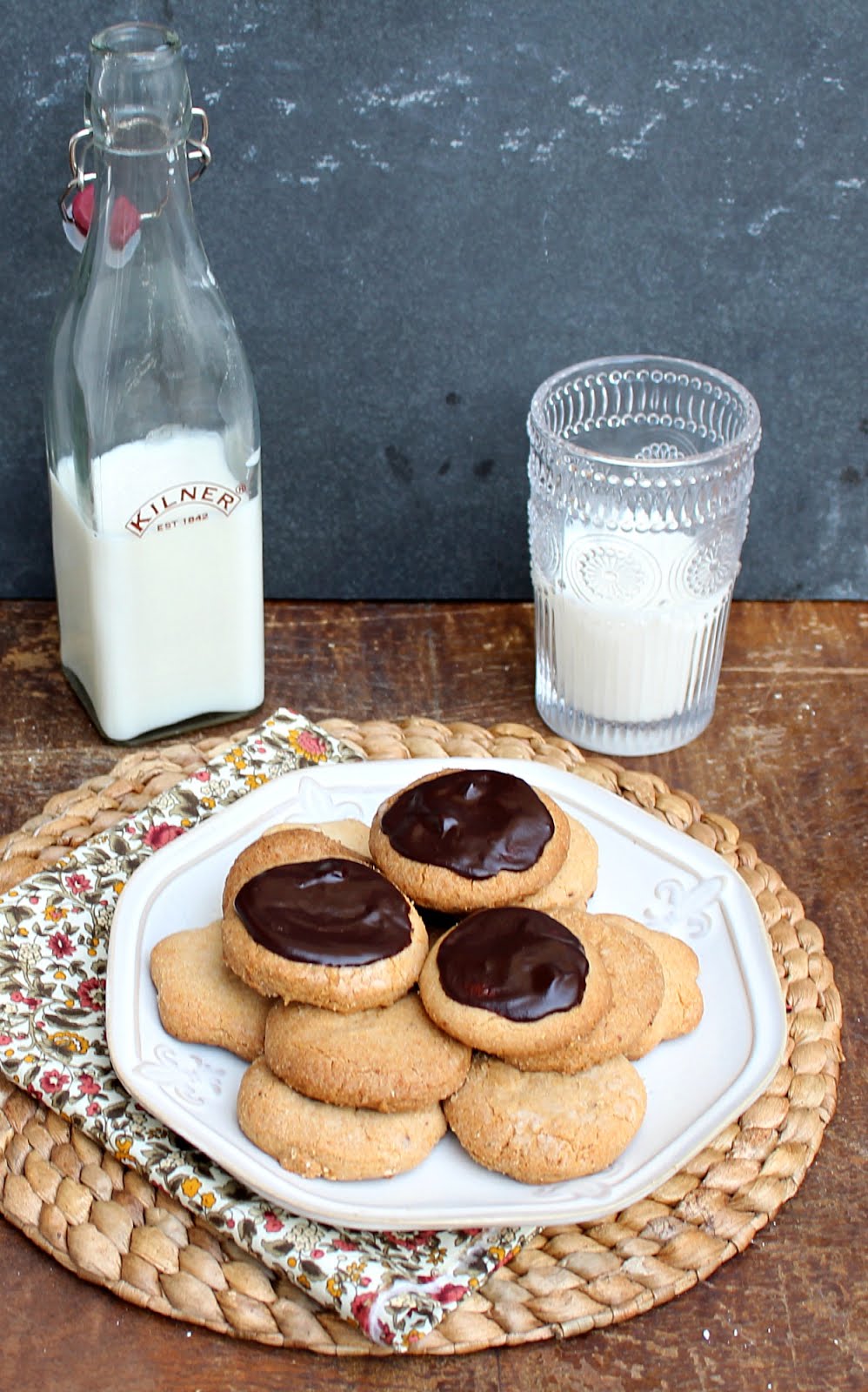 So make the cookies, eat them with a hot mug of coffee and put up your Christmas tree. Then, think of me. I’ll probably be somewhere in Spain whining because ours isn’t still up… you get the picture.

Ganache can be omitted, but if you're vegan and still want to frost it, you can use coconut cream and oil instead of the heavy cream and butter.

These keep well for 5 days (that I know of, they don't last much longer!) in a metal tin. I guess they could last up to two weeks, but I haven't tried.

One more thing, guys. I think I told you that mum left this blog (she’s still doing the dishes, thank God!) and got one of her own. This is the link. Now that you have it you can head over there and tell her to let me put up the tree (please). Blog’s in in Spanish, but she’ll understand you anyway… as far as I know, she does know what the words “Christmas tree” mean. Hopefully she’ll get the idea and we’ll all be merry and able to celebrate Christmas properly. Awh yeah.

Do you guys have a favorite kind of cookie? What’s going on your Christmas Baking Bucket Lists this year?